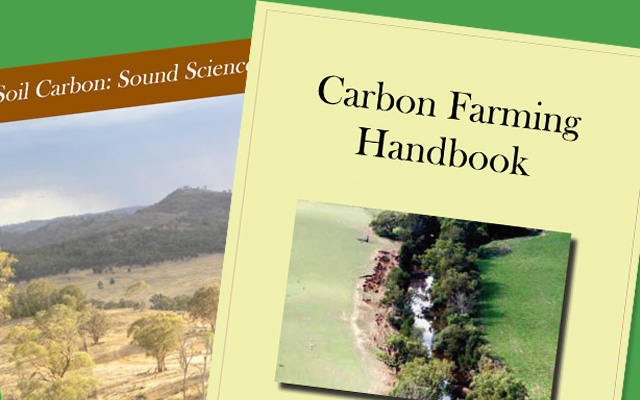 Many moons ago, Carbon Farmers of Australia were lobbyists for Soil Carbon, and for Farmers being paid to increase it, for the well-known (even then) co-benefits of improved water holding retention, improved structure and productivity. We just added “And meet an Upcoming Carbon Market”.

But, there was much resistance! (Sound Familiar?)

‘Science’ in Australia had turned from Microbiology in Soils to chemical and physical soil science. At the time there was no ‘proof’ soil carbon could be increased. In fact, the science that had been done had ‘proved’ that management could not affect it.

We read the research (including the technical reports on which Australia’s GHG emissions were based), met with scientists, we held Carbon Farming Conferences and invited scientists to speak. We are on the same team, after all. Sometimes it felt like we were hitting our heads against a brick wall.

In a bout of pure frustration, Michael researched and wrote “The Soil Carbon and Snake Oil” ebook.

As I’ve said in the header, it’s a no holds barred look at the then science and conclusions made. Well researched and academically presented.

NOW YOU CAN OWN THIS E BOOK AS WELL! Just email me and I will send it to you.

Those who Responded to our other e-book – “The Carbon Farming Handbook” will look forward to this booklet knowing that it is also well researched and presented in an academic fashion. If you didn’t get a copy last time, please feel free to ask me for one.

Luckily today, the dedicated group of Farmers/Lobbyists and others have persisted. Soil Carbon is, in fact now ‘The Up and Coming (Carbon) Sink’. Slowly it is sinking in (pun intended) worldwide that unless we return and increase carbon to the soil, we will NEVER reach the Paris Agreement Targets.

At the 2019 Carbon Farming Conference we will again put the spotlight on the Soil Carbon Solution.

I’ve got the latest in Measurement, and also Farmers Innovating around the ERF – doing it their way. I’ll unveil who will be speaking in detail soon, but Draft Speaking Topics can be seen here and REGISTRATIONS ARE NOW OPEN!

Previous Post Registrations are now OPEN for the 2019 Carbon Farming Conference & Expo
Next Post Back to the Future!